We love following Palaye Royale on their social media, huge respect for the fact that everything they have achieved so far has been through their own hard work.

Enjoyed the photos of their European Tour, loved the fact that they were in our old stomping ground of Camden Market, just a shame that our pop-up shop was no longer there, but happy to see that they found our old neighbour 'The Modfather Shop" ... looking forward to watching their continuing world domination through 2018. 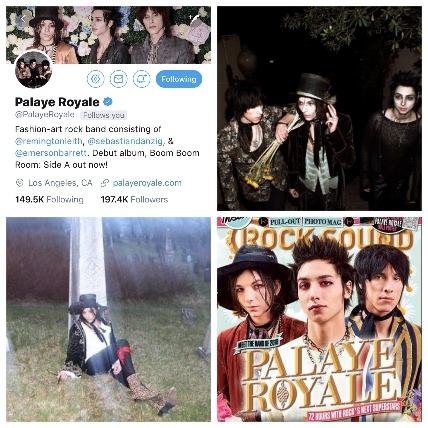 We are pleased to introduce our Beatwear featured band section...

Not a group from the 1960's we know - but a more recent phenomenon.

Beatwear loves their sound, their quirky fashion style and their brilliant work ethic ...And we are pleased to say that the guys love our Beatwear brand, look out for Emerson wearing our DC5 Leopard Print Beatwear boots! 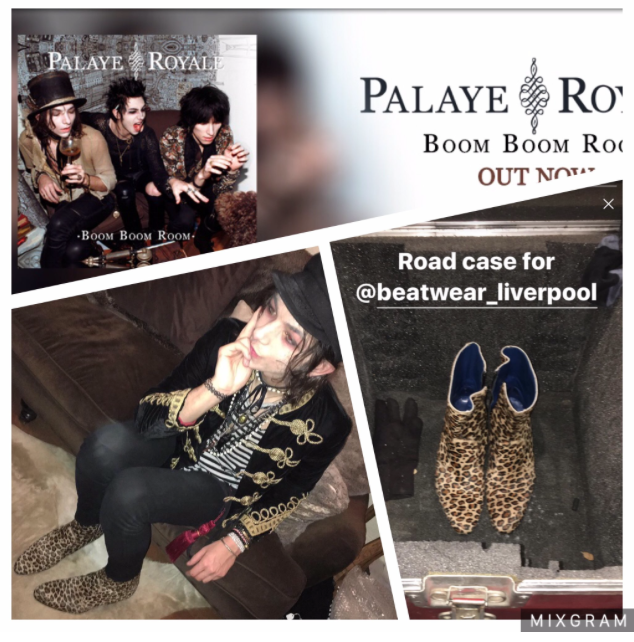 Palaye Royale was formed in late 2011 and are based in Las Vegas, USA.

"Palaye Royale are set apart by their artistry & integrity. They are “indie” in every sense of the word; completely “hands-on” from their words & musical arrangements as well as directing & producing their own music videos, to handling their own social media. The band’s look, feel and authentic style makes them stand out while they remain true and pure to their music." - quote taken from their bio on mtv.com

Palaye Royale were named 'Champions of MTV's 2014 "Musical March Madness" and made history in being the first unsigned act ever voted by fans to compete!

Their hit single "Get Higher' was also chosen for an internationally distributed Samsung Galaxy Note commercial.

•Their debut album BOOM BOOM ROOM is out now (available on itunes) ... the track 'Don't feel quite right" playing above is from the new album

• You can also find them on 'The Homecoming Tour' : Curtain Call featuring Andy Black & William Control ... The North American Tour between Feb 8 & March 3 2017

Make sure you check out their website www.palayeroyale.com for more info on their tour dates and about the band and their music.

Meet the band here on a YouTube Interview : Palaye Royale